Opening the debate 'Ukraine between internal problems and European expectations' on Tuesday (7 July) in the European Parliament in Strasbourg, Czech MEP Miroslav Ransdorf (sa phictiúr) said: "Ukraine has been turned into the most impoverished state in Europe. This will take 20 years to rectify. It is a tragedy."

At the same time he underlined that the most important thing at the moment is full implementation of the Minsk 2 Agreements.

According to him, the leaders of the two regions, Donestk and Luhansk, say there is no need for independence, just some form of autonomy. "The problem is that without constitutional change solving the problem of these two regions is not possible. You cannot implement the Minsk 2 Agreement without this."

"I have asked Mogherini about this and she agreed with me, saying Kiev has to undertake these reforms. It is therefore surprising that no one in the European Parliament wants to speak about these things.

"The problem also is that no one will discuss this with the two regions, therefore, the Minsk 2 agreement is being violated."

John Laughland, director of studies at the French Institute of Democracy and Cooperation, said: "EU sanctions were recently renewed on the basis that the Minsk accords had not been respected but the problem is that they are not respected by the Ukrainian side.

"One of the Minsk 2 provisions calls for the removal of all foreign armed formations yet 290 U.S paratroopers were recently despatched to Ukraine. There is no mystery about this so we can see that the Western powers, including the UK and U.S., are not respecting the Minsk Agreements."

Minsk 2 says there should be a special status for the two territories but, indeed, no practical steps are being undertaken from the Kiev side to implement this provision, said Laughland.

"Meanwhile, the rhetoric of Peroshenko shows that he continues to see the civil war as a terrorist phenomenon by a foreign intervention, speaking about 200,000 Russian troops massed on the Ukrainian border, 20 times the figure which Germany has called 'dangerous propaganda'."

He added: "Recently, the deputy head of the Presidential administration said openly to the press that the new Ukrainian constitution will contain no special status provisions for Donetsk and Lugansk."

According to Laughland this is a "clear violation" of the Minsk 2 Agreements.

A lawyer from Odessa, Kyryl Shevchuk said, "There are several important problems in Ukraine that Europe does not know about. While we are trying to pursue closer integration with Europe we are running up complex problems unique to Ukraine, including human rights violations. I have documents relating to physical mistreatment of people arrested in Ukraine. Ukrainian judges give rulings without any pleadings and rehash the proof which is put to them. Currently, the only aim of Ukrainian justice is to defend the interest of the ruling oligarchy and central government."

"Unfortunately, the situation in Ukraine today cannot be talked of as a place where the rule of law applies. If you do not agree with the Government you are regarded as an enemy and no one is interested in solid evidence. In Ukraine, everything has been turned on its head. Federalism is separatism and participation in peaceful demonstrations or anything that questions the Government line is regarded as a crime.

"It means there have been many arrests of people on the pretext that they represent a threat to national security but no evidence is ever submitted, only a suspicion. The courts blindly follow the Government line by depriving people of their basic rights under due process. They have no alternative but to do as the government says.

"A client, Artyom Buzila, a Ukraine journalist whose opinions were not in line with the Government, was arrested, beaten up and forced to sign a confession which he never read.

"This situation has become known as the fight for national security but needs to be drawn to the situation of people in Europe."

Jean-Luc Schaffhauser, a French MEP, gave a general overview of basic violations of Minsk 2 agreements on the part of Kiev.

He added that Ukraine does not take "real steps" to implement general amnesty for those who were fighting in Donbass as well as exchange of prisoners of war using the formula "all for all, instead of 10 for 10 or 30 for 30".

He also referred to raised attention that the Kiev government is undertaking "unilateral steps" regarding constitutional reform but the opinions of representatives of Donetsk and Lugansk are still ignored by Kiev.

The Ukrainian authorities also show "no interest" in discussing constitutional reform questions at the negotiations in Minsk.

Luis Durnwalder, former president of the autonomous region of South Tyrol of Italy, said: "We had a similar situation in South Tyrol to the Donbass. We have three different language groups, German, Italian and Latin and have had problems in the past in trying to ensure that our traditions and rights to autonomy were respected.

Italian economist and political scientist Andrea Villoti strongly supported the bid of Odessa region for a porto franco status, saying this will provide for additional opportunities in the economic field and not harm the unity the country because we see examples of porto franco status in other countries.

Former Ukrainian MP and Minister Anatolii Tolstoukhov stressed that the political and social situation in Ukraine in recent weeks had changed for the worse with the economy heading towards bankruptcy and a continuing violation of human rights.

He said: "It is becoming a tragic comedy since we have a complete deadlock in the east of the country where people are still dying and towns destroyed."

He added that in his opinion Ukraine should remain a neutral state, protected by the UN, between Europe and Asia. We have to be prepared for decentralisation and federalisation measures which are entirely democratic and political persecutions must stop. Given the situation where human rights are being violated, talking about independence is just playing at politics. You cannot fight corruption merely by looking another way. It is important to see that at present there is no dialogue between those in power, opposition and the rebel republics. The situation is such that soon people will reject those in power given that what they are doing is against their interests and armed groups will simply come to the fore in Ukraine.

Italian political scientist Alessandro Musolino said the Minsk 2 Agreements will work only in case Europe takes measures and makes Kiev to sit at the negotiation table. Kiev, he said, must show "real deeds" but not only words concerning implementation of the Minsk agreements.

He said: “Europe should understand that Russia is not our enemy but our partner and a loyal one in fighting terrorism such as IS. Let us not forget this. We must clearly state that the ball is on the Ukrainian side regarding implementation of Minsk agreements. Donbass must have a solution since we have examples of South Tyrol and others." 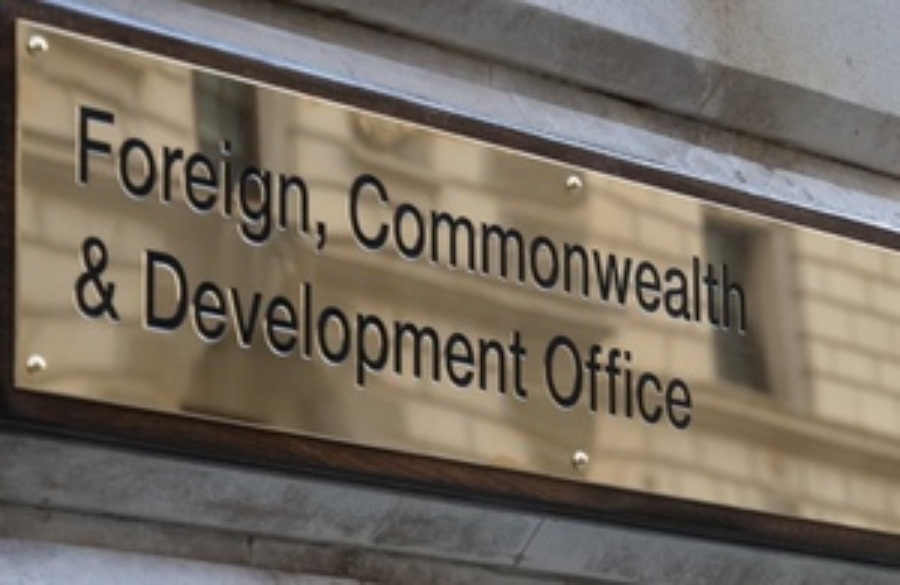